March 1, 2016 - The Eastern Florida State College Performing and Visual Arts Department will present three performances of the Broadway musical COMPANY at the Cocoa Campus on the main stage of the Simpkins Fine Arts Center (Bldg. 4) April 8 through 10. 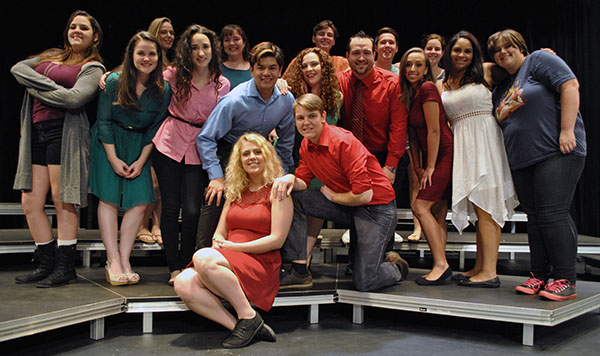 Based on the book by George Furth with music and lyrics by Stephen Sondheim, this award-winning musical comedy was originally produced and directed on Broadway by Harold Price with orchestrations by Jonathan Tunick.

The story is focused on Robert, a single man surrounded by married couples on his 35th birthday. Through a series of vignettes featuring his lovers and friends, Robert tries to make sense of the institution of marriage and comes to terms with what it means to be alive.

The production is Rated PG for mature themes and mild profanity.

The musical is a collaborative venture presented by the EFSC Performing Arts faculty. It is being directed by Ms. Jeanine Henry in partnership with Dr. Robert E. Lamb as vocal director and Mr. James Bishop who will conduct a student orchestra.

Tickets are $10 for adults and $7 for students, seniors and military and are available by calling the EFSC Ticket Line at (321) 433-5200 or can be purchased online.