December 17, 2015 - One graduate wants a career in medicine. Another in law enforcement. A third at the United Nations. 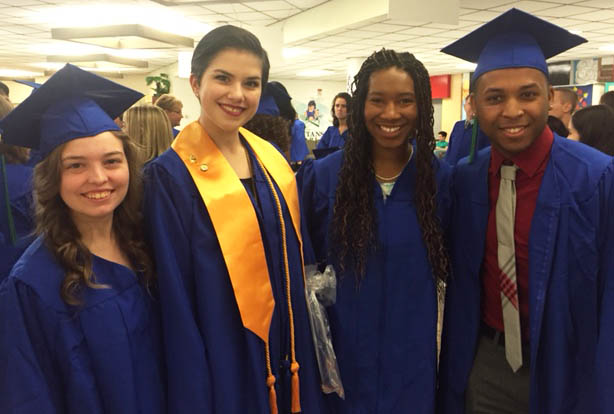 Those are some of the dreams that Eastern Florida State College students will pursue after earning their diplomas Thursday during Fall Commencement ceremonies at the King Center for the Performing Arts on the Melbourne campus.

More than 1,200 students were eligible to accept their Bachelor Degree, Associate Degree or Program Certificates amid applause and cheers from family and friends.

They were praised by college President Dr. Jim Richey, who said the graduates “earned this distinction through your hard work and determination, through long hours and late nights, and by achieving goals that seemed impossible.”

“Many of you have succeeded while still caring for your children and families and by working jobs that could have caused you to consider giving up. Let's face it, you could have quit,” he said.

“But you did not give up, and the fact that you are here today speaks to the strength of your character and the true power of your dreams. My admiration for you is immense and I congratulate you on your important milestone today."

Among the graduates was Chelsea Woodhouse, who earned a Bachelor’s Degree in Advanced Allied Health. Woodhouse, an Army veteran who served in Afghanistan, previously earned her Associate’s Degree at the college and wants to become a nurse practitioner.

“It’s probably one of the best programs around, and this degree is going to really help me in my career,” she said.

Adam Feig, who received an Associate in Science Degree in Crime Scene Technology, wants to become a detective “and my dream job would be to work for the Brevard County Sherriff's Office,” he said.

His next step is enrolling in Eastern Florida’s Law Enforcement Academy.

Rebecca Yarbrough walked off the King Center stage with an Associate in Arts Degree and plans to attend the University of North Florida to study political science and international relations.

“I love the law as well as political science and would like to be a UN ambassador raising public and political awareness on an international level,” she said. 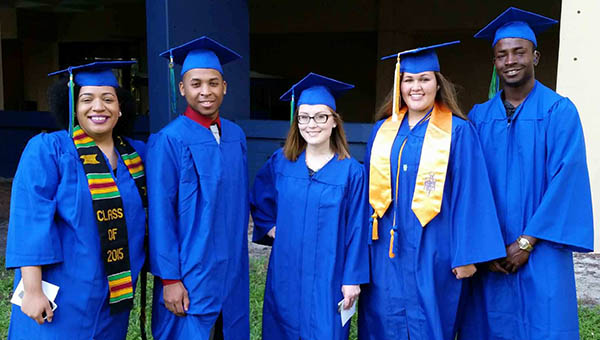 The first of Thursday's two ceremonies was held at noon for the Titusville and Cocoa campuses, and the second at 3:30 p.m. for the Melbourne and Palm Bay campuses.

The ceremonies were televised live on WEFS-TV and webcast live and available for replay on the college’s livestream. Graduates and their families also are encouraged to share their photos through social media posts using the hashtag #efscgrad

The graduates joined more than 95,000 others who have earned their degrees from the college since it began in 1960.

Among those congratulating the EFSC graduates was Florida Gov. Rick Scott who in a letter given to each graduate encouraged them to explore career opportunities in Florida through the employflorida.com online job listing website.

Eastern Florida offers more than 100 degree and certificate programs and has significantly expanded its courses the past three years, launching 27 new programs in Business, Health Care and Computer Information Technologies.

The new programs are in fast-growth career fields and give students excellent job opportunities after graduation. Classes are offered on the Titusville, Cocoa, Melbourne and Palm Bay campuses and online.