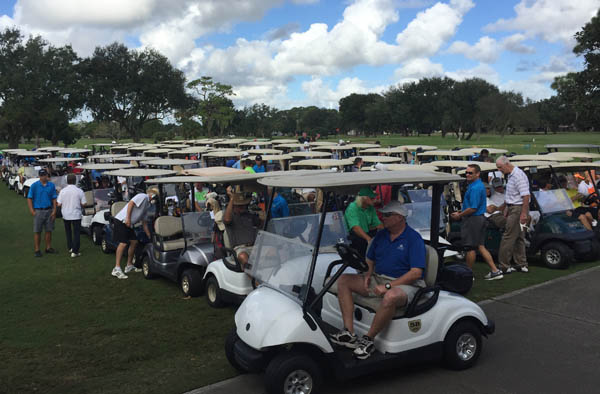 The purpose of the golf tournament was to raise funds for student scholarships at Eastern Florida State College. Proceeds from the Inaugural Tournament in 2014 provided financial support to 398 students.

One of those students was Heather Sacik, a single mother putting herself through college.

“This scholarship provided me with the opportunity to be successful at being a single mother, to teach my boys that anything is possible, if you work hard, dream big, and never ever give up,” Sacik said. “The sky is the limit.”

Added Andrea Beyel, country club general manager and owner: "We took on this venture because we wanted to get involved in the community. What better way to do that than supporting student scholarships at Eastern Florida State College." 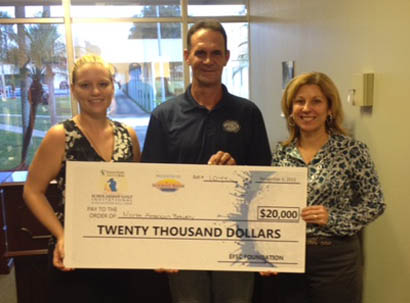 North American Brewery took the day’s top prize of $20,000 when a Brevard County Sheriff’s helicopter dropped its numbered ball closest to the pin.

The Brewery quickly agreed to donate $5,000 of the winnings back to the Foundation.

Other ball drop winners of $1,000 each were Scott Blaue; a group of EFSC employees from Jack Parker's office; American Services Technology; and Steve Hoskins.

The first-place team in the tournament with a score of 58 was Steve Johnson, Dave D'Agostino, Erick Van Eck, and Scott Vincent. The runner up team posted a score of 61 complied by players Scotty Poole, Blake Hunter, Danny Renfro and Matt Williams.