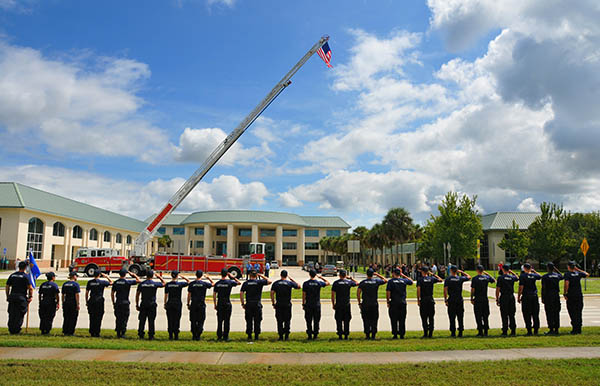 Smith was severely wounded in an August shooting while making an arrest in Port St. John and has been slowly recovering at an Orlando hospital.

He arrived back in Brevard at the Viera Government Center with a police escort as people of all ages turned out to show him their support. 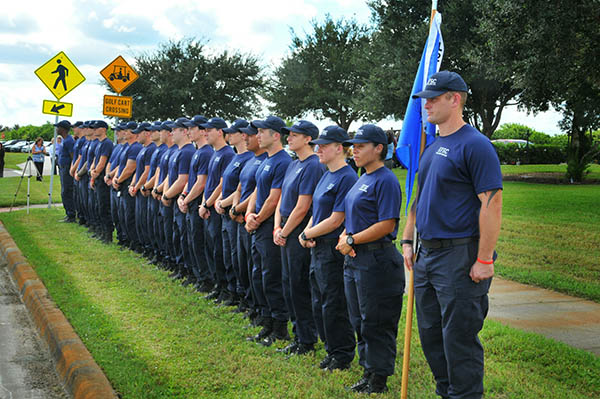 The college’s law enforcement recruits were among them, standing at attention in a show of solidarity as Smith drove by.

“Our recruits know that when they graduate they will be putting their lives on the line to protect our community, just like Casey did,” said Michael Cadore, Public Safety Coordinator at the college and one of the recruits’ instructors. “We’re happy beyond words that Casey’s back and proud that our recruits were there to meet him.”

Brevard County Sheriff Wayne Ivey said Smith was “speechless” at the sight of the crowds, adding “I’ve never seen anything in 36 years on the job like what I just saw, and I think it is an absolute amazing testament of the character of Brevard County.”