View an update on the construction process and learn more about the new facility. 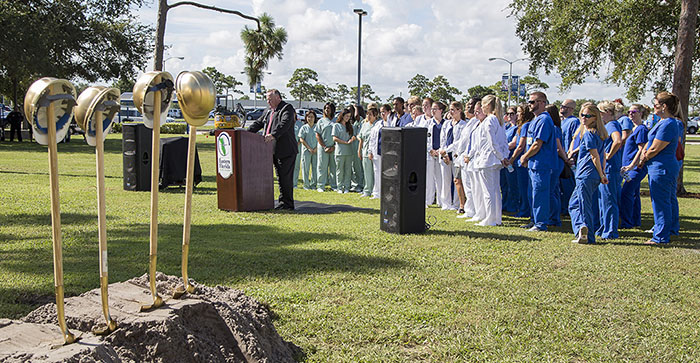 College and community leaders gathered to celebrate the event, with college President Dr. Jim Richey saying the facility will prepare students to work in fields critical to the health and well-being of area residents.

It will house 12 new and existing programs that represent the college’s commitment to expand career opportunities for students in the fast-growing healthcare industry, including Bachelor Degrees, Associate Degrees and Certificate Programs.

“Health care is a special calling and those who enter it possess a passion for helping others, using a unique combination of knowledge and compassion to administer care,” said Richey. 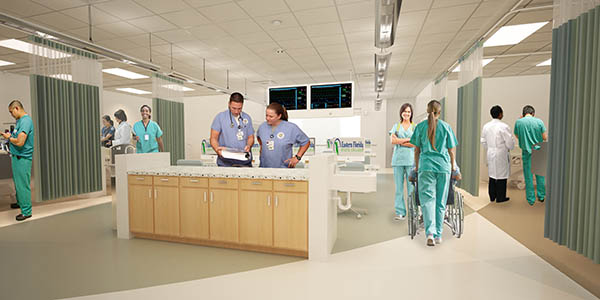 An artist's sketch of a nursing skills lab that will be
located in the Health Sciences Institute now under
construction on the college's Melbourne campus.

“Those two traits have always been the hallmark of a healthcare education at Eastern Florida, and this new facility will give us more and better ways to advance the highest principles of the profession.

“As such, the institute opens a new era in training healthcare professionals who will serve countless people in Brevard, the Eastern Florida region and the state for decades to come.”

Richey also noted the institute will have a significant economic impact on the local and regional economies.

Students graduating annually from the new programs are expected to contribute $6.3 million a year into the economy in salaries and spending power, based on a study the college conducted for the State Department of Education.

Since the useful life of the institute is expected to be more than 50 years, the estimated total economic impact of the new and existing programs in current dollars will be more than $300 million during the next five decades, said Richey.

Artist's rendering of the new Health Sciences Institute,
slated to open on the Melbourne Campus in early 2017.

The $20 million institute is the second of six new academic buildings planned for the Melbourne campus under a 10-year expansion plan that will make it a vital local and regional center for higher education and workforce development well into the 21st century.

Richey went on to thank state lawmakers and Gov. Rick Scott for approving nearly $20 million in funding for the institute.

He also praised the college’s Board of Trustees for their “vision and unwavering support in moving the project forward."

The new Health Sciences Institute will have 60,000-square-feet and is scheduled to open its doors in January 2017. 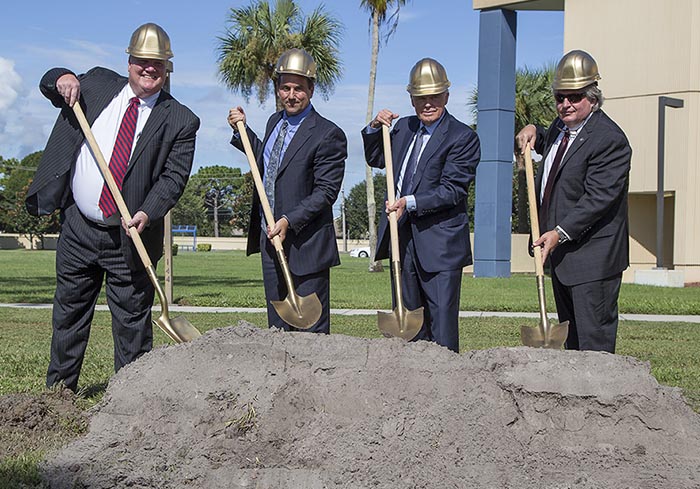 Dozens of students, faculty and leading healthcare officials from across Brevard County attended the ground-breaking along with the college’s Board of Trustees, who joined Richey in the ceremonial turn of the first shovel of dirt.

The facility was designed by BRPH, an international architectural and engineering design firm based in Melbourne. The Ajax Building Corporation of Jacksonville is the project’s construction manager.