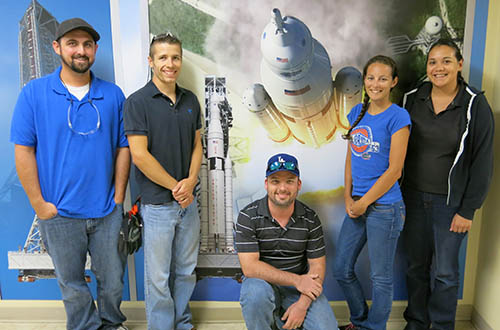 The spacecraft is the centerpiece of the agency’s plan to eventually send crews into deep space to explore asteroids, the moon and Mars starting in the 2020s and beyond.

“I provided ASRC Federal with candidates and they selected five who recently completed our Aerospace Technology program and are well-suited for this opportunity.” 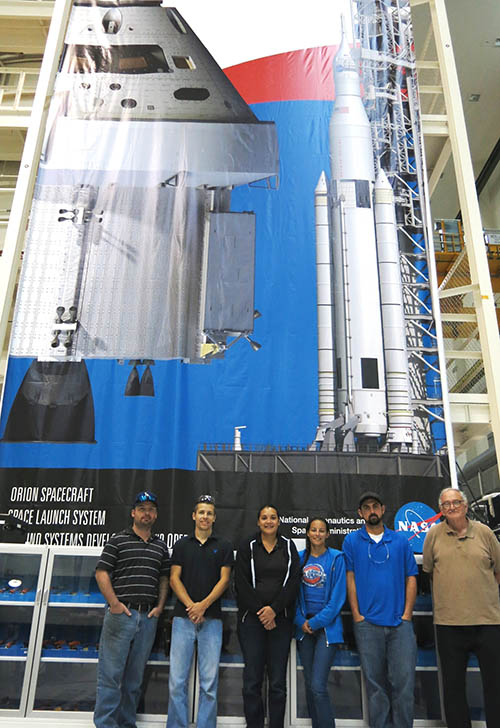 They began their paid, part-time apprenticeships in June, working at the renovated Neil Armstrong Operations & Checkout Building at KSC. After a 90-day trial period, they will be considered for full-time jobs.

“We’re working with the ‘Dream Team’ from the shuttle crew and the facility here is amazing,” said Vester. “It has a lot of state-of-the art equipment and historical artifacts used by our original astronauts.

"I don’t feel like I’ve been thrown into something I can’t handle. What we learned in the Aerospace Technology program at Eastern Florida, including the hands-on training, directly relates to our apprenticeship work.”

“I was a student at Purdue and left after two years to attend Eastern Florida because it’s the only two-year program of its kind in the vicinity of the Kennedy Space Center.”

Added Fletcher: “Lockheed and ARSC Federal are interested in continuing to select apprentices from our group of students each semester because the space capsules need to be reconstructed for each flight, so there will be an ongoing need for apprentices.”

The program also provides supplemental training for persons previously or currently employed in the industry.

Graduates also qualify for a variety of applied technology jobs such as testing, fabrication, assembly, repair and manufacturing.