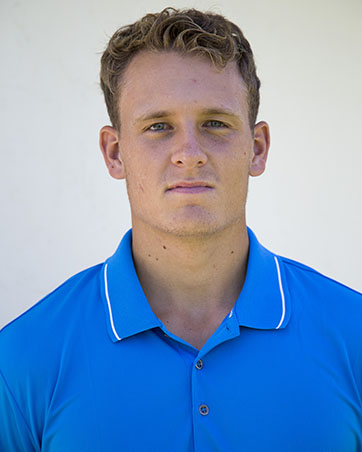 The Nicklaus Award recognizes the top players at the NCAA Division I, II, III, NAIA and NJCAA levels.

"We couldn't be more proud and excited for Kerry," said college President Dr. Jim Richey. "He exemplifies what a student-athlete is all about on and off the field of competition, and we're fortunate to have a young man of his character as a Titan."

Since 1988, the award has been named after Nicklaus, a Big Ten and NCAA Champion at Ohio State University and a World Golf Hall of Fame member.

Nicklaus annually recognizes the recipients during the final round of the Memorial Tournament at Muirfield Village Golf Club in Dublin, Ohio, just outside of Nicklaus’ hometown of Columbus.

As part of the honor Sweeney and the four other recipients will compete in an 18-hole playoff Saturday, with the winner earning entry into the PGA Tour Barbasol Championship to be played July 15-19 on the Robert Trent Jones Golf Trail at Grand National in Auburn/Opelika, Alabama.

The playoff will be held at the Scioto Country Club in North Arlington, Ohio, where Nicklaus learned to play golf.

Earlier this spring Sweeney was awarded first team PING and first team NJCAA All-American status, won the Phil Mickelson Award Presented by the Phil and Amy Mickelson Foundation as the most outstanding freshman in NJCAA Division I Men’s Golf and finished tied for second with teammate Mickey DeMorat at the NJCAA Men’s Division I National Championship. 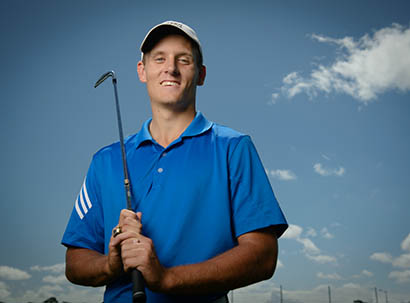 Sweeney is no stranger to being a winner. He won the FHSAA Class 1A Boys state championship in November, 2013 while attending Holy Trinity Episcopal Academy in Melbourne, Florida and captured the 2014 club championship at Suntree Country Club in Melbourne.

Sweeney took the awards and the achievements in stride.

“I knew I had the capability,” he said. “I definitely was pushed by my teammates a lot more than people think. I’ve come a long way to get where I am.

“I learned a lot in the spring about the game of golf. I don’t want to say expected, but I knew what I was capable of. Winning three tournaments and going to nationals and finishing second, I really learned to go out and get it and grind. It took a little time and Coach Howell’s main thing was patience and I did stay patient.

“To receive the award is such an honor.”

The award will be personally bestowed by Nicklaus on Sunday morning, something Sweeney naturally is anxiously awaiting. But he also is eagerly awaiting the Saturday playoff.

“I’m playing the best NCAA Division I player, Division II, Division III and NAIA. I know what I’m capable of. I’ve got to carry the mindset of let’s go win. There’s going to be a lot of nerves. I’m going there to make a statement, make Eastern Florida proud.

“When I get to Nicklaus award, that’s going to be exciting too. I couldn’t tell you which one’s more. Shaking his hand, one of the all-time greats is something and spending time at the Memorial is something.

“I love to compete but yet again meeting the greatest player is awesome.”

Eastern Florida, formerly Brevard Community College, has an illustrious golf history with seven NJCAA national titles – the most recent in 1991 – seven individual national championships, a host of All-Americas and players who competed and excelled professionally.

But Sweeney’s accomplishments in his freshman season rank him among the best to ever play for the Titans.

“I’m just trying to stay in the moment, there’s a lot more work to be done,” Sweeney said. “I have to give Coach Howell a huge chunk (of credit). He’s helped me so much.

“My teammates have helped me so much. Michael DeMorat is one of the greatest motivational guys out there on my team. I really appreciate what my teammates have done. Without them I don’t think I would have received these awards.”

Howell, who will accompany Sweeney to Ohio, had praise for his player.

“It’s quite an honor for Kerry Sweeney to receive the Jack Nicklaus award,” Howell said. “Kerry obviously had an excellent year in competition winning three events as well as finishing second in the national championship in May.

“A first team NJCAA All-America and first team PING All-America and having already been named the number one freshman in the country for 2014-2015 by receiving the Phil Mickelson award, he will leave large footprints for any incoming freshman who follows at EFSC. Having the opportunity to meet Nicklaus may come once in a lifetime for younger generations and Kerry will remember this week for the rest of his.”