May 14, 2015 - Eastern Florida State College students taking part in two commencement ceremonies at the King Center for the Performing Arts on the Melbourne Campus Thursday included the second class in the college's history to receive Bachelor's Degrees. 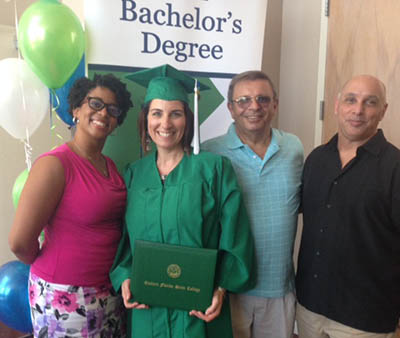 Graduates were praised by college President Dr. Jim Richey for what he called their hard work, determination and “achieving goals that seemed impossible.”

Richey then offered the graduates these thoughts on the challenges that life will present:

“First, don’t be afraid of the unknown. Instead, challenge yourself because what often awaits you on the other side is opportunity and success. 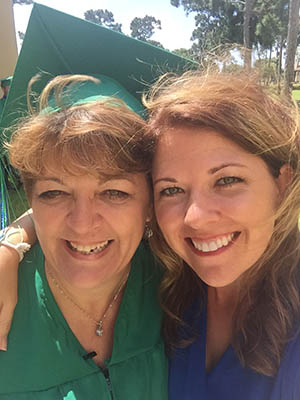 "Second, be curious about the world around you, dedicated to what you believe in, and passionate about whatever you decide to do, not letting anyone or anything stop you from reaching your goals.

"Third, don't be afraid to take risks that lead you down the road of the less traveled, following your heart to the destination of your dreams.

"And, finally, don’t forgot to keep your sense of humor because I guarantee you are going to need it. Life is going to knock you around and you are the only one who can pick yourself up. Have the confidence that you can get up and try again.

"To put it simply, go out there and live your life, all of it. Work hard, have fun, be kind, and be sure to help others along the way.”

Both ceremonies were televised live on WEFS-TV and streamed live via webcast with replays also available on the college's livestream.

Graduates, families and friends were encouraged to share photos and memories via social media using the hashtag #efscgrad.

Among those congratulating the newest graduates is Florida Gov. Rick Scott who shared a public letter to all EFSC graduates. 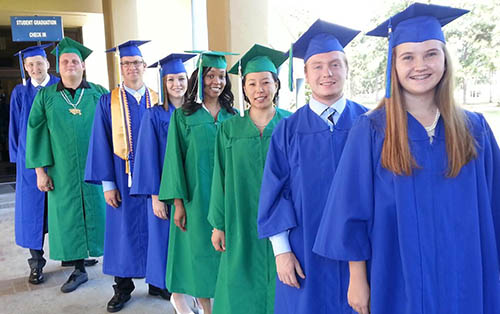 The spring 2015 graduates joined more than 90,000 others who have earned their degrees from the college since it began in 1960.

The college offers more than 100 degrees and certificate programs including nine Bachelor's Degree tracks along with a wide range of Associate's Degrees.

In the past three years, the college has significantly expanded its educational mission, launching 27 new programs in Business, Health Care and Computer Information Technologies that give students excellent job opportunities after graduation.

A major expansion of its Melbourne campus is also underway in a $75 million project to build six new academic buildings that will make it a center of higher education and workforce development well into the 21st century.

The first new building opened its doors in January 2015 with a state-of-the-art Public Safety Institute that trains professionals in law enforcement, corrections and other criminal justice and first responder fields.

Plans call for a new Health Sciences Institute to be constructed next.