April 9, 2015 - Eastern Florida State College is presenting the annual Juried Student Art Exhibit through April 26 in the Harris Corporation Art Gallery in the lobby of the King Center for the Performing Arts on the Melbourne campus. 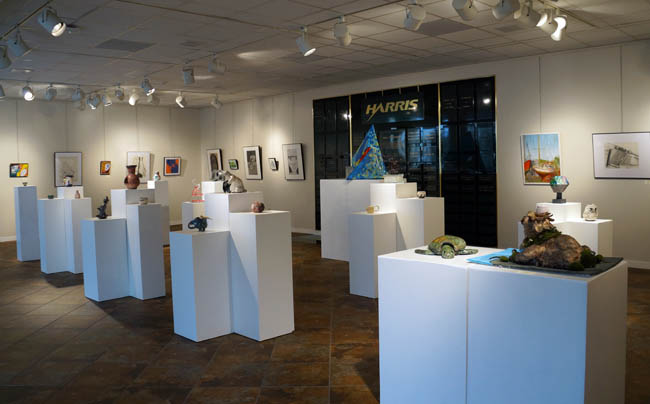 Students attending the exhibit as part of their coursework have the chance to vote on the “Students’ Choice Awards” in two categories – 2D and 3D Art.

This year the competition benefits from the involvement of renowned judge Justin Nolan, a photographer whose art is displayed in many permanent collections, including the University of New Mexico Art Museum, the Northlight Gallery at Arizona State University and the Memorial Union at the University of Wisconsin.

As a judge, he selected 50 entries to be included in the show as well as designating 14 award winners that will be unveiled at an awards reception open to the public on Friday, April 24 from 6-7 p.m. in the King Center lobby.

More than $3,500 in awards has been donated by individuals such as Ray Kania and groups that include the Foosaner Art Museum, Art Students Guild of Brevard, Strawbridge Art League, Mimi’s Crafts, Derek Gores Gallery, Parents of Emelee Arbuckle, Art Expressions and Oceanside Frames.