The tournament draws 22 teams from across the country. Indian Hills Community College of Iowa is the defending champion from the 2014 season. 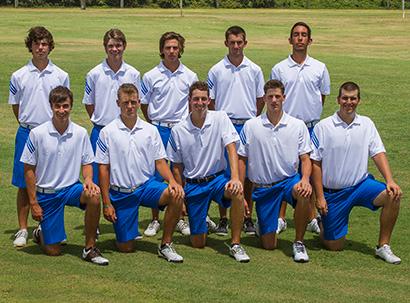 Eastern Florida's golf team has competed in the last 12 national tournaments. It can make its 13th straight trip by finishing in the top four in the NJCAA Division I District 4 Tournament in Alexander City, Alabama beginning April 27.

This year’s tournament will be held May 10-15 at Sand Creek Station in Newton, Kansas.

“The championship will bring some of the best collegiate golfers in the nation to Brevard County, giving local golf fans a unique opportunity to see players who could be the top professionals of the future,” said college President Dr. Jim Richey. “We’re honored to serve as host and add the championship to the growing list of major collegiate athletic events that Eastern Florida is attracting.”

Securing the bid represents the latest in a series of high-profile events the college is hosting.

Eastern Florida has hosted the NJCAA Division I Women’s Soccer National Championship since 2011 and will host it through 2016 at the Titan Soccer Complex on the Melbourne Campus. The complex also hosted the Florida High School Athletic Association girls and boys state soccer championships the past two seasons.

“Duran Golf Club is a first class facility. We look forward to working with General Manager Dave Tomczak and his staff to put on this great event.”

Eastern Florida head coach Jamie Howell sees hosting the tournament as an opportunity for his team.

“We are happy to have the opportunity to host the national championship at home,” Howell said. “While there will be much preparation and planning going into the event, what better way to showcase the Space Coast than with a collegiate golf tournament and some of the finest college golfers in the country.”