That motto reflects the commitment that each member of the military has toward their brothers and sisters in arms on and off the battlefield. 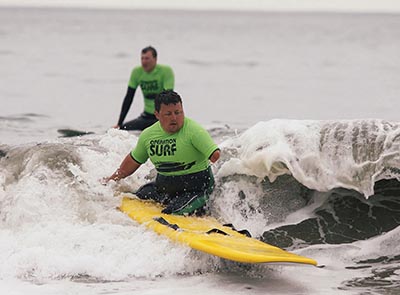 More than 300 wounded warriors have taken part in the program since it was founded in 2008 by the non-profit organization Amazing Surf Adventures in California.

Among them are Navy veteran Robert Ganoe, who considers the program another way to serve fellow vets from the Iraq and Afghanistan wars.

“It gives Collegiate Veterans Society members the opportunity to reach out to those who have returned to civilian life and are recovering from the injuries they suffered in defense of our country,” said Ganoe. “We forever share a common bond that all veterans know from service.”

“It’s important to help wounded veterans and active duty members with their recovery process, and Operation Surf does that by keeping the ethos of drive, determination and mission accomplishment present,” he said.

Kim Koplar, the Veterans Resource Center coordinator, said that spirit is typical of the more than 800 veterans enrolled at the college.

“They’re a fantastic group of men and women who have sacrificed a great deal for our country and are continuing their service at home through events such as Operation Surf,” she said. 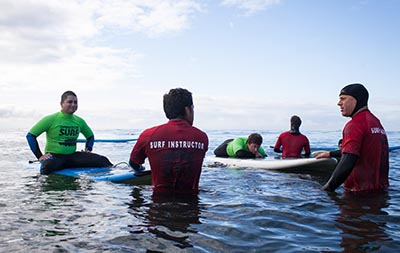 It introduces them to surfing as a recreational activity and therapeutic tool for healing.

One veteran who can attest to Operation Surf’s value is former Army tank crewman Charlie Lemon of Tampa, who lost both legs in a roadside blast in 2011, according to Florida Today.

He participated in Operation Surf in California and will be hitting the waves with the program again in Cocoa Beach.

“This was an awesome, extremely rewarding confidence builder for me,” he told Florida Today. 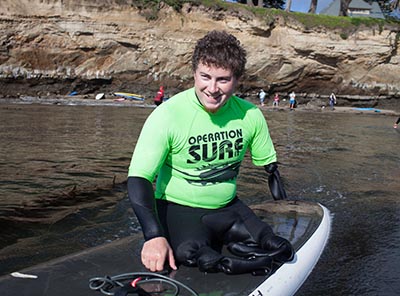 Participants will surf at the Cocoa Beach Hilton, Fischer Park and Patrick Air Force Base.

They’ll enjoy other activities as well, including a March 19 motorcycle escort to the Cocoa Beach Hilton where participants will stay during their visit. That arrival event begins at about 1:30 p.m. and organizers hope local residents will line A1A and the hotel parking lot to cheer on Operation Surf participants as they arrive.

To learn more about the Veterans Resource Center, visit easternflorida.edu/go/veterans