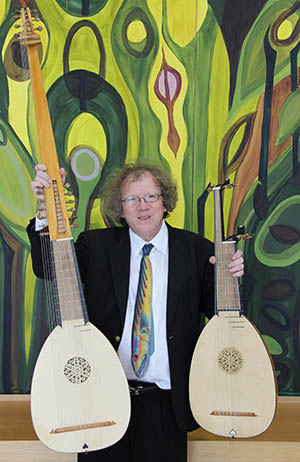 February 2, 2015 - Dr. John Robison, who has performed nationally and internationally using solo Renaissance instruments such as the lute, will share his music at Eastern Florida State College during a Feb. 10 recital and lecture open to the public.

The performance begins at 1:15 p.m. in the Simpkins Fine Arts Center (Building 4) on the Cocoa Campus and admission is free.

The lute, a stringed instrument, was the most important musical instrument in Europe during the 1500s and early 1600s, leading to a repertory of solo lute compositions almost ten times greater than the repertory for the keyboard even today.

Robison is Professor of Musicology and director of the Early Music Ensemble at the University of South Florida in Tampa. A versatile musician who performs professionally on plucked string, bowed string, and woodwind instruments, he has done numerous solo Renaissance lute recitals over the past forty-one years.