The awards recognize creative excellence and effectiveness in the fields of advertising, marketing and promotion in higher education. 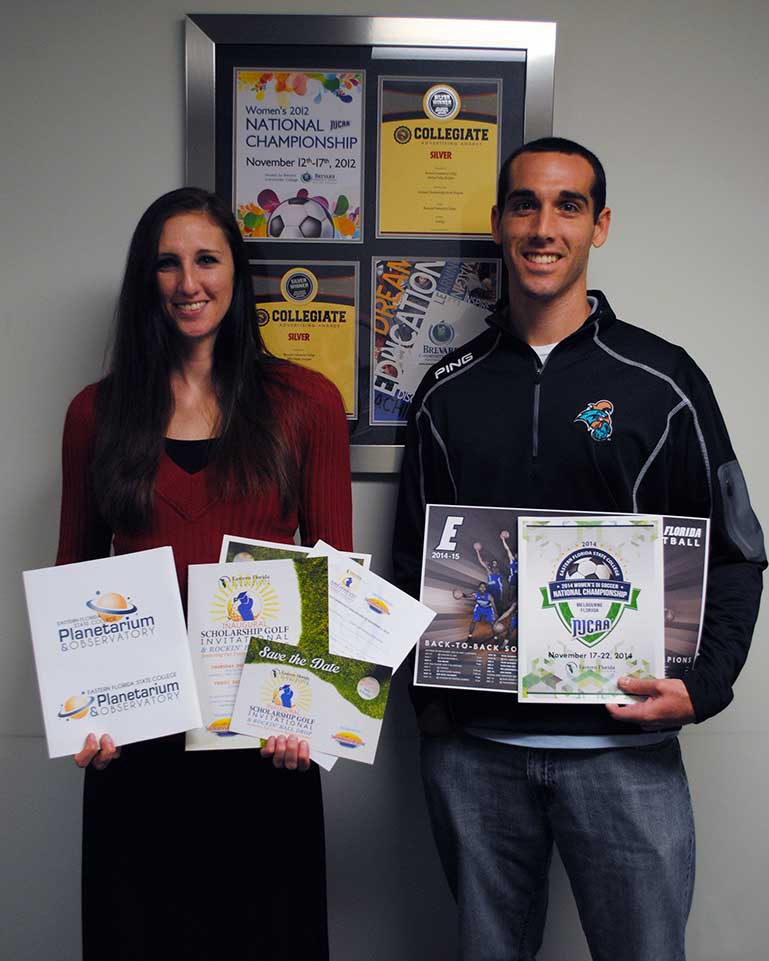 Kelly LaMaster earned two Gold Awards. One was for the creation of the Inaugural EFSC Foundation Scholarship Golf Invitational Fundraising Campaign and another for her unique design of a new Planetarium logo following the college’s newly-established brand standards.

Mike Lally won two Silver Awards for his work in designing marketing materials for Eastern Florida State College’s Athletics Programs. The first was for his creation of the 2014-2015 Men’s Basketball Schedule Poster and the second was for the 2014 NJCAA Women’s National Soccer Championship Program.

“Mike and Kelly are examples of the highly talented staff that work behind-the-scenes to make Eastern Florida a great institution,” said College President Dr. Jim Richey. “Congratulations to them and everyone on our printing and graphic design team.”

The office works with faculty, staff and students on all four Eastern Florida campuses — Titusville, Cocoa, Melbourne and Palm Bay. It is housed on the Cocoa campus.