October 13, 2014 - "Androcles and the Lion," an engaging play for young audiences, will be performed on the Simpkins Center stage on the Cocoa Campus Oct. 24-26.

The public performances are Friday, Oct. 24 and Saturday, Oct. 25 at 7 p.m. and Sunday, Oct. 26 at 2 p.m. Tickets are $5 per person and can be purchased online before the performance or at the door on the day of the show. More information about tickets is available at www.easternflorida.edu/go/events

The play is set in 16th century Italy and begins with a grand procession of characters in a Commedia Dell’Arte group, a strolling comedy troupe that will then perform this play-within-a-play. 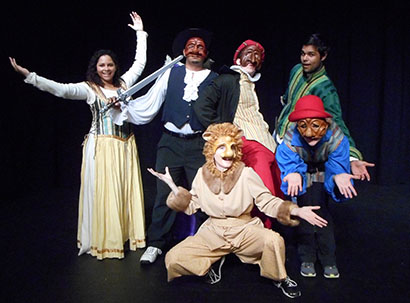 Commedia dell'arte is the foundation for numerous modern theatrical styles including clowning, improvisation, pantomime and slapstick.

The story of "Androcles and The Lion" traces the adventures of the mistreated slave Androcles as he fights with and then befriends a lion. Fate will reunite Androcles and the lion in a Roman arena where they are supposed to fight to the death until a plot twist spares them, plus reunites the play's other main characters, young lovers Isabella and Lelio.

Although written for children ages 6-12, the play is fun for all ages.

The show is produced by the Eastern Florida State College Performing and Visual Arts Department, providing an excellent teaching tool for theatre students. 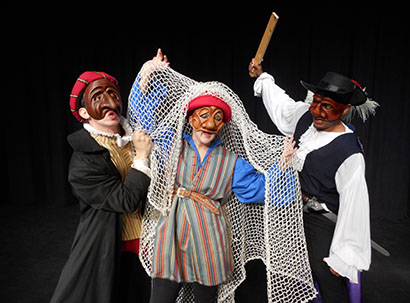 "It also provides a quality theatre experience for area children and introduces them to the magic of the theatre."

In addition to the public performances, "Androcles and the Lion" is being performed for school field trip audiences.

For more information on the play or the EFSC Theatre program contact Henry at 321-433-7384 or
henryj@easternflorida.edu.