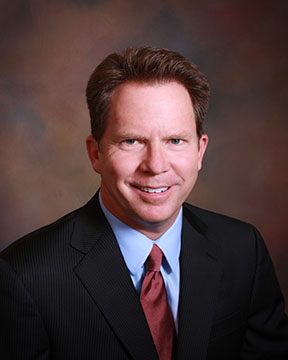 August 21, 2014 - Steve Charpentier has been named the new chair of the Eastern Florida State College Board of Trustees.

He was unanimously elected to the post by fellow trustees at their Aug. 18 meeting, marking the second time he has held the position.

Charpentier previously served in the role from May 2010 to August 2011, and more recently was vice chair.

He replaces Alan Landman, who led the board from August 2011 to August 2014 and is now vice chair.

Both have played a central role in transforming Eastern Florida into a state college that offers Bachelor Degrees, approving 22 new academic programs the past two years.

They will also oversee a just announced 10-year expansion plan for the Melbourne campus, which calls for five new academic buildings and a student union to be constructed in the next decade.

Many of the college’s new Bachelor's Degree and Associate's Degree programs in business, health care and computer information technologies will be housed in the buildings proposed within the $74.8 million plan.

Charpentier is a Melbourne attorney who was appointed to the five-member board in 2008.

He is a former president of the Brevard County BAR and a member of the 18th Judicial Circuit Nominating Committee.