May 5, 2014 – The name of a local Coast Guardsman killed in the line of duty has been added to the Eastern Florida State College Wall of Honor that memorializes members of the armed forces who have died in service to their country.

Senior Chief Boatswain Mate Terrell Horne III of Merritt Island was killed off the California coast in 2012 when his 21-foot inflatable boat was intentionally rammed by a vessel operated by suspected drug smugglers.

Horne was thrown into the water, fatally striking his head on the suspect's boat.

The Wall of Honor contains the names of 172 other members of the military from Brevard County who have been killed in the nation's wars, including World War II, Korea, Vietnam, Afghanistan and Iraq.

Horne's named was added to reflect sacrifices made in the field of homeland security since 9/11. 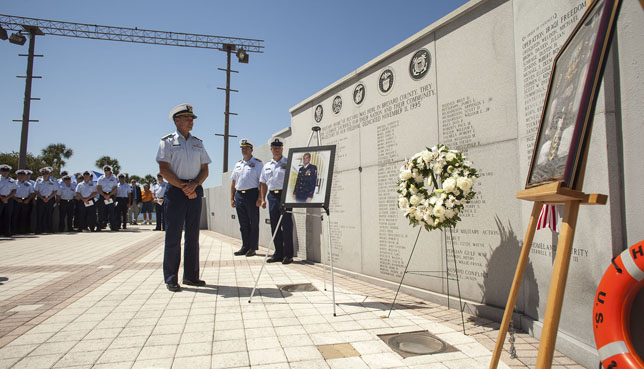 The induction was made Monday during a ceremony at the George F. Schlatter Veterans Memorial Amphitheater on the college's Cocoa campus with members of Horne's family and the Coast Guard in attendance.

Dr. Linda Miedema, the college's Vice President for Academic Affairs and Chief Learning Officer, said Horne's actions "reflect his commitment to duty, honor and country, and with it a strength of character that made him a rock that others members of his crew relied on."

Miedema quoted the commander of Horne's ship as saying, "He was my friend, he was my confidante, he was the glue that held my crew together. He gave me advice more times than I could count."

"To his family, we say you remain in our thoughts, our prayers and our hearts. To his fellow Coast Guardsmen, we say thank you for your courageous service. And to Senior Chief Horne, we say you have our eternal gratitude and with it our promise to never forget."

"The story of Senior Chief Terrell Horne is a story of true leadership and heroism," Korn told the gathering. "He put himself before his crew. 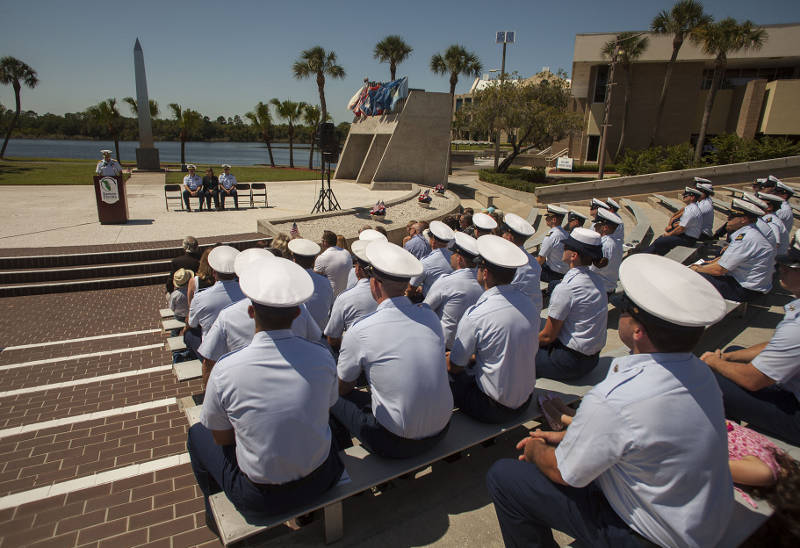 "Honoring those who have dedicated their lives to the manners of our profession is critically important and I'm proud that we're able to honor Senior Chief Horne to continue that tradition."

Horne served in five units after graduating from boot camp and planned to make the Coast Guard his career.

"He had big aspirations and I know he would have gone far. One of his proudest moments is when he became a chief. He was often described as a big brother to anyone who he was around," said Korn.