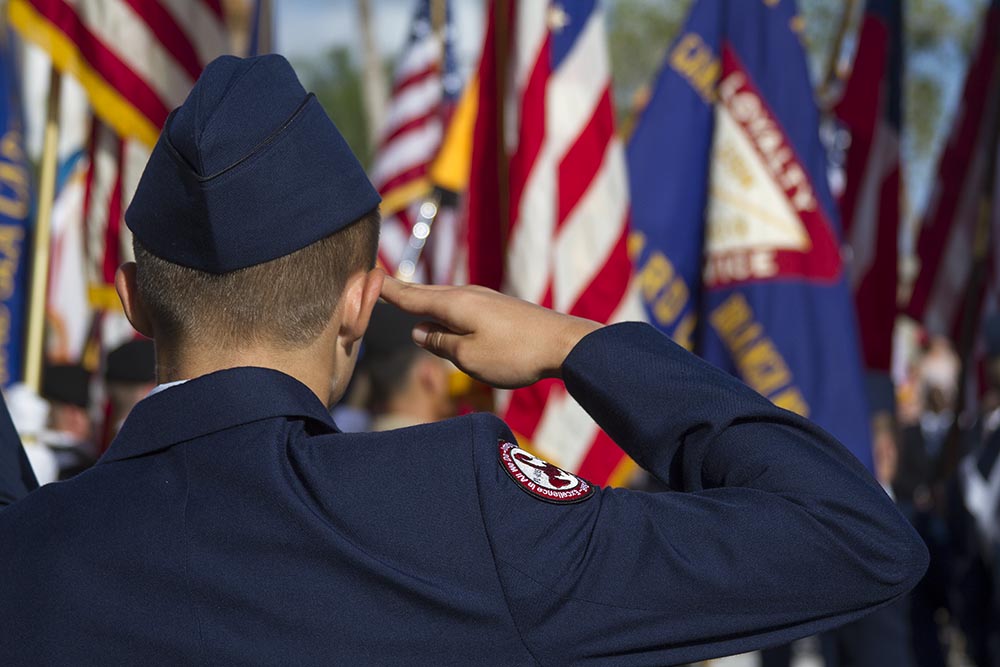 Those words echoed across Eastern Florida State College on Monday as hundreds of veterans gathered to remember those who have served their country.

The 31st Annual “Massing of the Colors,” which is the largest Veterans Day event on Florida’s Space Coast, included veterans from World War II, Korea, Vietnam, Iraq and Afghanistan.

Among those who paid tribute was Eastern Florida president, Dr. Jim Richey, who called those in uniform the best our nation has to offer.

“It is our solemn obligation to stand with those men and women who, along with their families, have sacrificed so much for our country and every one of us,” said Richey. “All of us at Eastern Florida are here for them, every step of the way.”

Richey noted that 875 veterans are currently studying at Eastern Florida, many using GI Bill education benefits to pursue courses that include the college’s new Bachelor Degrees.

He said the college has long provided support for them through specialized academic, career and financial aid advisement and is about to do more with the upcoming launch of a new Veterans Center.

The center, which is expected to open in early December, will consolidate services to provide stronger assistance to veterans and their dependents.

“The goal is to significantly increase our recruitment, retention and completion rates among veterans,” Richey said.

The ceremony, which is held at the George F. Schlatter Veterans Memorial Amphitheater on the Cocoa campus, included special recognition for Brevard County residents who have died in the nation’s wars.

The names of 172 of the fallen are engraved on the amphitheater’s Wall of Honor, past which dozens of flag-bearing participants marched as part of the event.