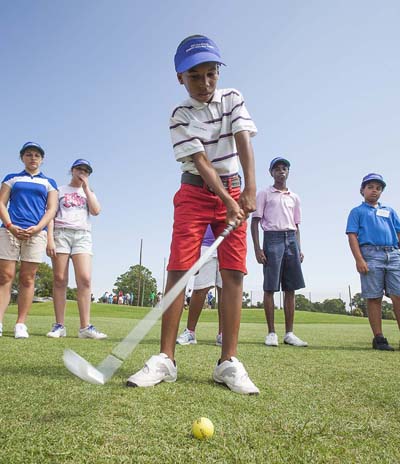 Smith, an executive advisor to BCC President Dr. Jim Richey and college ambassador, has been involved with the camp since its inaugural session in 1992. That's when it was begun under the guidance of former BCC President Dr. Maxwell King with assistance from Scott and Wilson, two African American golf professionals in Brevard County.

And while Smith, 77, realizes the value in teaching the sport he considers a game for life, he also appreciates its larger benefits.

That was the lesson he shared at BCC's Fred Gay Golf Academy in Cocoa on the second morning of the camp that runs through June 27.

"If (you) can do that there isn't anything in the world that can stop you from doing what you want to do," he told the campers.

"I think it (camp) is by far one of the greatest investments a parent and the college can make to help these young people," he said later. "Not only are they learning skills to help become good golfers, but that's not the bottom line.

"It can teach lifelong skills. There is an acronym I use: GOLF, The Game of Life Forever. This is sportsmanship, obeying the rules, respecting authority, teamwork, communicating. That's life."

And while time certainly is spent teaching the finer points of the game: the swing, the short game, putting, that is not the goal.

"We want them to come and have fun," Smith said. "We teach them life skills that will carry them beyond just hitting a ball." 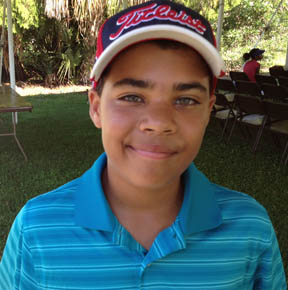 One of the campers taking advantage of the instruction is Thomas Davidson, 13, of Maitland, who is in his sixth year.

He too saw the big picture.

But he also sees the value in learning the game.

"It (the camp) has made me practice more because it's helped me realize I can take the game wherever I want to." 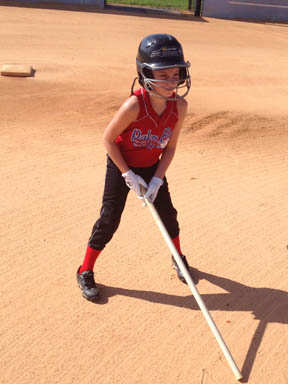 Davidson is a rising eighth grader at Maitland Middle School who hopes to play golf at Winter Park High. He believes the best part of his game is his short irons. He is shooting in the low 40s for nine holes.

Meantime, 20 softball players ranging in age from 9 to 17 turned out for the BCC softball program's two-day hitting clinic on the Palm Bay Campus and future basketball hopefuls between the ages of 10 and 14 attended the first days of the Titans basketball camp on the Melbourne campus that runs through Friday. 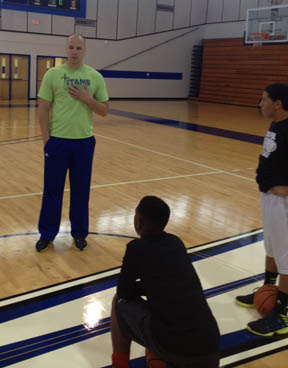 Basketball is planning at least one more half-day camp (9 a.m. to noon) this summer, July 28-Aug. 1, on the Melbourne Campus. The cost for boys and girls ages 10-17 will be $100 and will include small-group instruction and a T-shirt. Lunch will not be provided. Contact Chris Ronan for more details: cronan321@gmail.com