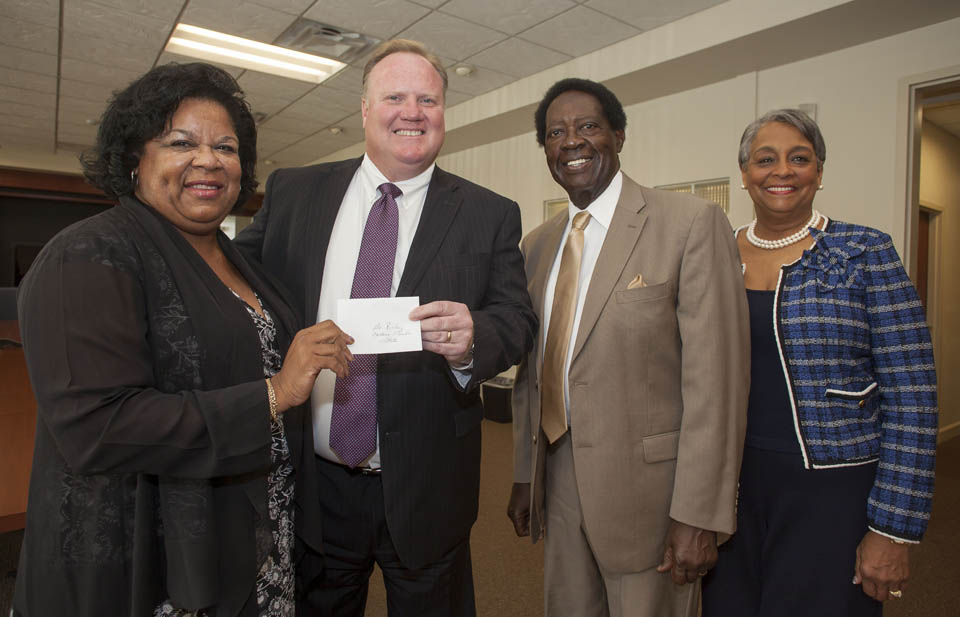 August 20, 2013 - The family of the late Maj. Gen. Titus Hall, who served as a vice president of Brevard Community College and was instrumental in building the Palm Bay campus, recently donated $1,000 for student scholarships to the Eastern Florida State College Foundation.

Hall died Aug. 3 and a memorial service was held in his honor on the Palm Bay campus. He was buried in Arlington National Cemetery.