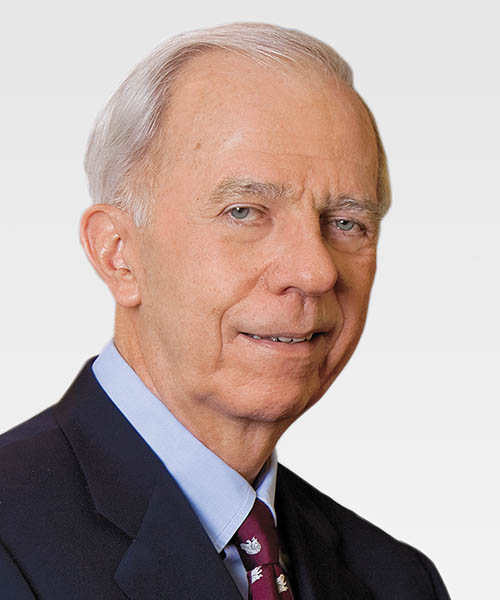 The Orlando native and Daytona Beach resident helped turn a family-owned business into the sixth largest insurance broker in the United States, becoming a billionaire in the process.

The Simpkins Speaker Series, held every fall and spring,  is named after Bernard Simpkins, a highly successful entrepreneur and Brevard County business leader who established the sessions that have brought some of the nation’s top business innovators to Eastern Florida State College. All presentations are free and open to students, faculty, staff and the general public.

Driven by a passion for putting customers first, Hyatt Brown’s vision and guidance have helped shape a modest, family-owned business into a top-performing leader in the insurance brokerage industry.

As Chairman, Hyatt contributes through his industry-leading experience and unwavering commitment to building a culture of individual initiative and "can do" attitude. His guidance has helped Brown & Brown grow from a local insurance company to one of the largest insurance brokerages in the world. Before assuming the role of Chairman, Hyatt served as CEO and President for more than 45 years.

Hyatt is one of the leading minds in the insurance industry, having received some of its most prestigious honors and awards. In 2017, he was named one of the “50 Most Influential People in Insurance” by Business Insurance Magazine, adding to his already long list of accolades, which includes awards for industry leadership from Investor’s Business Daily, A.M. Best and the Insurance Federation of New York. Additionally, Hyatt was honored by the international community in 2015, receiving the celebrated Freedom of the City of London – a recognition believed to date back to 1237 – by the London-based Worshipful Company of Insurers in recognition of his contributions to the worldwide insurance industry and his relationship with the London market. During his extensive career, he also served as Vice Chairman of Florida Residential Property and Casualty Joint Underwriting Association and Chairman of the Council of Insurance Agents & Brokers in Washington.

A University of Florida graduate, Hyatt is an honorary member of Florida Blue Key and has been inducted into the University’s Hall of Fame. He served in the Florida House of Representatives from 1972 to 1980, where he earned the Most Effective Member of the House and Most Valuable Legislator awards from the St. Petersburg Times and the Allen Morris award from the Florida Times Union.

Currently, Hyatt is a Trustee of Stetson University and serves on the boards for International Speedway Corporation in Daytona Beach, Florida and Verisk Analytics, Inc. in Jersey City, New Jersey. He is a retired director of RockTenn Company, SunTrust, BellSouth Corporation and NextEra Energy Resources.

The B. W. Simpkins Business Seminar for Entrepreneurial Development was endowed by Entrepreneur Bernard W. Simpkins to teach the fundamentals and success of entrepreneurship. The free one-hour seminars, held on the campuses of Eastern Florida State College, bring entrepreneurs to Brevard County to speak about their challenges and triumphs along their journey to economic success through innovative ideas. They also offer insight into today’s economic trends.

Since its inception, the lectures, which are held each spring and fall, have become a popular event for faculty, students and business owners in Brevard County and surrounding areas. The seminars allow entrepreneurs to share how they started, what prompted them to become an entrepreneur, the characteristics and traits of an entrepreneur and important decisions that enable entrepreneurs to have success.

Mr. Simpkins is an entrepreneur who has worked in the petroleum business with convenience stores and owned a Toyota automobile dealership, a Goodyear tire distributorship and Thrifty franchise car rental. He currently owns S & S Enterprises, Inc., based in Cocoa, Florida.

In March 2000, Mr. Simpkins donated $250,000 to Eastern Florida State College to establish an endowment known as the “Business Seminar for Entrepreneurial Development.” In 2007, Mr. Simpkins became the college’s first $1 million donor for the development of an entrepreneurial curriculum program. The generosity is greatly appreciated.

“I enjoy what I do, so why retire? Entrepreneurship is an open road to success for those who chose to invest hard work and determination. Saving what you earn to establish a beginning is a key to success." 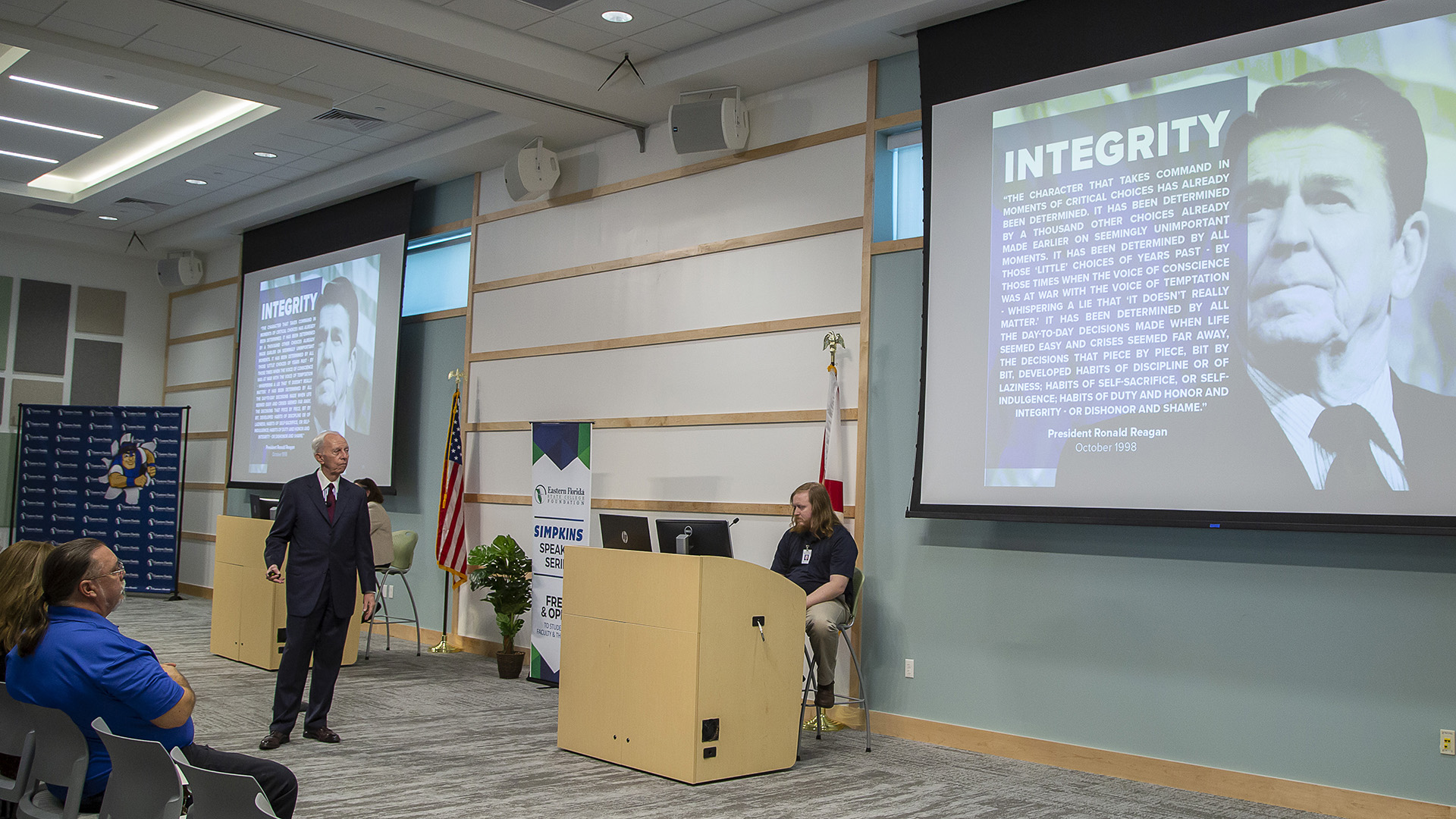